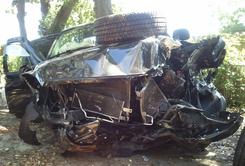 I attended a Bazaar and Jewelry Trunk Show at Elements of Divine Wisdom, owned by my friend Lori McDaniel. Upon making my way to the back of the store to where the vendors were setting up, my friend Melissa Cleary popped out of the doorway into the hall and said "I was told to show this to you". It was a drawing of a that her husband John had  made. When I looked at it I felt chills and it immediately reminded me of someone. I handed it back to her and went to the front of the store. A little later I went back to look at the jewelry she had brought. While looking at it, I kept looking over at the artwork she had shown me earlier. A little later, I went back and told her that I needed to know how much it was because I knew I wasn't leaving without it. I gave her a brief summary of the events that had taken place and showed her a picture of Floyd "Red Crow" Westerman online and we both got tears in our eyes at the similarities between the picture online (above) and the picture she showed me (below).

​ENLIGHTENMENT CAN BE GAINED THROUGH YOUR SPIRITUAL EXPERIENCES

Years ago, I was involved in an accident when a semi rear ended the truck I was in entering a construction zone.

The truck went off the road heading for a line of trees but the driver was able to regain control and get back on the road.

I thought to myself, "Whew that was a close one".  That was premature thinking on my part because the semi tapped

the rear of the truck again sending it across the passing lane and into the concrete construction barrier.

The angle of the impact sent the truck into the air over the barrier and into the cab of a bulldozer on the other side.

The truck landed sandwiched between the dozer and the barrier. Somebody was watching over us that night because

we walked away with a few bruises and minor abrasions...Divine Intervention.

​​​​​Spirituality is the personal relationship one has with the Divine.
There are many misgivings when it comes to this practice and you may hear or have heard quite a few of them.
​The focus here, as it should be, is on what IS not what isn't.

​Although it is misunderstood and possibly feared by many, metaphysics is part of spirituality
as it is the study and philosophy of that which is beyond the physical world. I have met many along my journey who,

for whatever personal reason or experience, are very anti-religious.
​Quick example: I heard a man tell a friend of mine talking to him that he was glad she used the name "Spirit"
and not "God" otherwise he would have walked away. Religion is also part of spirituality.
They are not opposing sides as some believe and portray them to be on both sides because all are connected to God.
Religion does not have an exclusive right to the name "God" although most make that association as you can see by
the example. The name you choose to call or identify with this "Energetic Being" is of personal preference.

Whether you use God, Creator, Spirit, The Source, The All, The Higher Power, Originator, etc.
does not matter because in truth, it is one in the same and all names are answered to.
​How many different names do you answer to?

It is the belief in and worship of one God.
​The same as the three major religions in the world: Christianity, Judaism and Islam.
In much the way that Christianity has the Father, the Son and Holy Ghost (all being aspects of the single Creator),
​Spirituality has angels, the Archangels and the Ascended Masters ​(all being one with God).
​Spirituality is an ongoing quest for knowledge, insight and understanding into oneself, one's life, the physical world,
the spiritual world and the Universe. ​This includes the communication and the connections that exist between them.
It is through this that one gains enlightenment. ​​You can learn the "how to" from others and the "possibilities" through the experiences

of others however, it is through your own experiences that your connection to the Divine opens and strengthens.

​There are many spiritual beliefs, practices and concepts among like-minded people, not all of them shared.
Keep the ones that resonate as truth to you and discard the ones that do not.

ENLIGHTENMENT CAN BE GAINED THROUGH THE AWARENESS OF CORRELATIONS

In 2012, I started a spiritual journal documenting my spiritual experiences

in the physical world, in meditation and in my dreams.

I also included entries of readings I have had.

and need to put the them together like a jigsaw puzzle.

I was informed during a reading that I needed to go Cherokee, NC

In meditation, I saw a Native American Elder with long white hair, wearing a white fur and holding a staff.

He was standing on a large rock overlooking the water that I was coming out of. I joined

him on the rock then found myself entering a teepee with a glowing fire.

they were on fire. Returning to my meditation, I saw myself walking over hot coals.

on my chest. I then found myself back in the water from which I had came.

Upon arriving in Cherokee, NC , I went to the Cherokee Museum.

Inside I found a holographic exhibit. When the narrator who was a medicine man appeared, I

stood in shock for a few minutes immediately realizing that he was the Elder from my meditation.

I participated in a spirit guide exercise asking to be told the name of one of my spirit guides.

I saw a red rectangle then a bird formed from black mist and flew through it.

I went with Red Raven.

​(always go with your first thought)