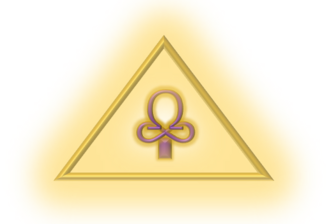 Omega means implementing the new/gradual removal of the old

​M.O.V.E. healing is a hands-near or hands-off method linked to the Ancient Egyptian Era when it is said that some
of the most powerful healing methods were used.  Through Divine Guidance, I have learned that a "different energy"
is now energizing my healing ability and not all will be able to use it for healing unlike other modalities.
It is through this energy that my abilities are becoming enhanced and even more pronounced than ever before.
This healing energy is channeled through a direct connection with God, the Creator.

***HEALING REQUEST***
Healing energy is not bound by time and space.
Click here to request healing.

Reiki is a technique of channeling spiritual energy

through mental imaging and intention using ancient symbols and mantras.

to convey natural energy to help balance the energy fields.

The word Reiki is represented by two kanji, Rei and Ki.

All healers use a kind of "Ki" but not all use Reiki.

is a special kind of healing energy that can only be channeled by someone who has been attuned to it.

​In 2017, I received further Divine guidance in regards to my gift. First and foremost, it comes from the Universe of Light and is called...

What are some of their benefits?

4) Promotes a state of relaxation

​6) Cleanses the body of toxins

8) Adjusts itself to the needs of the recipient

What are these techniques used for?

2) balancing the chakras and energy systems of the body

3) it can facilitate healing through being balanced

4) can compliment other healing modalities and medical treatment

Energy healing is a natural way of healing. It promotes healing by enhancing the energy flow while correcting disturbances in the human energy field.

Energy healing is also known a energy work, energy medicine, energy therapy or spiritual healing. The use of hands whether on, near or off are techniques that can affect the person receiving healing on all levels... emotionally, mentally, spiritually and/or physically.

Practitioners may choose to include the use of crystals in the session. All healing modalities use a form of universal life energy.

There are multiple healing modalities that can be learned from a Master Teacher in which the student learns the techniques and completes an attunement process allowing them to channel the energy for that modality. There are also some energy healing modalities that are not learned. Having a natural ability to heal is like having a built-in attunement that allows healing energy to flow through you from a spiritual source.

I have such an ability... such a gift.

As a child, I was told that I was a "healer". I have used my gift throughout my life unknowingly to an extent.

​As a mother, I used it to relieve my daughter's headaches because nothing else would work.

​I thought that our mother/daughter connection had something to do with the success.

​In part it did because healing comes from a place of love.

In April of 2012, I began my quest for knowledge and was told (reminded of) this again and began to actively

pursue it by completing a course in "Galactic Healing" in May of 2012.

While at a festival promoting "Enlighten & Inspire Me", a woman approached my booth. After speaking with her a bit,
she mentioned that she had hurt her shoulder and was having pain. I asked her permission to see if I could help.
We were standing in the aisle in front of my booth at first but I soon realized that it would be better if we sat down.

Placing my hands at her shoulder, I closed my eyes and focused on her pain. I have no idea how long we sat there but when

we concluded I asked her how she felt. She replied much better. She also told me that she felt the warmth of the energy

from my hands move from her shoulder to her neck and down her spine. She said that she had never felt anything

like that before. After she left, the person in the booth next to me had been watching and asked what I used.

I was honest saying that I didn't know what it was called and that it's just something I can do.
​It can be frustrating to have an ability without having the information to explain it to someone.