​Everything is made of energy & vibration. Basic science, right?
This applies to all forms... seen and unseen... physical and spiritual.
I greet you as I see you.

You are energetic. You are one.
You are energy. You create, emit and receive energy physically, mentally, emotionally and spiritually.
You are one as a singular being (individual) as well as part of the One, the whole.

Recognize yourself as such.
​Also acknowledge that the One (the whole) is bigger than yourself.
You are part of it... of nature, of the world and of the universe, you do not merely exist in it.

The parts may be seen as or considered to be separate yet they are always connected.
Through these connections varying amounts of impact are made on the parts as well as the whole.


This energy whether referred to as The One, God, Creator, Spirit, The Source, The All, The Higher Power,
Originator, etc. in truth, is one in the same. What you call it is your choice.

​Throughout history, humans have personified God.
Maybe so they could relate or understand the concept based on what they knew and the human consciousness
level at the time. Explains how the concept that humans were created in the image of God was misconstrued.

Humans have also used the concept and personification of God as a means of controlling others.
The term "God fearing" was coined by humans. You fear what you don't know or understand.

Spiritual knowledge has been used to help advance the human race and the world in which we live as it is meant to, however, there have been those who use it to advance themselves and/or their agenda, even today.​

​Humans have evolved thus raising the consciousness level of the human race.
God is not to be feared but partnered with and being created in the image of God not physical but energetic.
Embrace the Energetic One that you are and all that it involves. ​

My spiritual mission is to enlighten, inspire and motivate others regarding spiritual & personal growth

as well as raising  awareness to encourage social growth in the world. 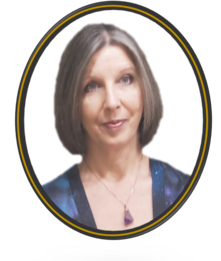 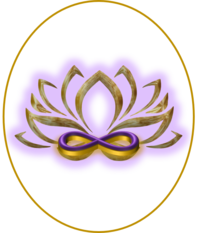